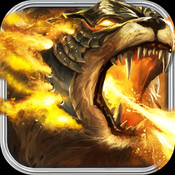 While I had done a little research into Unity3D previously, I did not feel a need to get deeply into it. After my company was bought, they forced a new tech direction, and by the time they allowed for native game engines again, theComplex had stagnated for two years.

As things turned out, it was the best possible situation. The deeper I got into Unity3D, the more the engine resembled the core design ideals of my own. In fact there were a few situations where I was able to guess the internal design of some Unity3D features simply by imagining how I would have written it in my engine.

While my tasks started small, in the six months leading up to this major release I touched nearly every facet of the game. Adding new user interface scenes, working with downloadable asset bundles, creating asset bundles, and adding to the sqlite data management system.

One of my major tasks was to make scrolling lists act correctly on the new iPhone 5 with its taller screen. Up to this point the game simply stretched the standard 320×480 scene to the larger aspect ratio, and the effect was noticeable. I rewrote major chunks of the scrolling system to support proportionally correct scrolling, while still filling the entire display.

I also was a significant part of creating a new event type, the “Special Dungeon.” In standard dungeons you can choose to play any specific round of the game in a largely static environment. Special Dungeons have a specific progression of rounds that got progressively harder. With each round you would visually “crawl” through the dungeon to face the next foe.

I have continued to make improvements on this title, but now am on to other projects at the company.